The iPad– “Thou shall have apps…

The much heralded announcement of the iPad brings with it profits (or prophets?) as well as naysayers.  Perhaps Steve Jobs should have dressed in long ropes, grew a long white beard and walked down to the stage with a view of the mountains in the background?  The scene might be further played out with the masses dancing around and worshipping the netbook, the new deity of computing.

Steve Jobs raises his two iPads and declares that he has heard the word of the almighty and has declared that these tablets are the new iReligion.  Then he declares that he alone will now lead them from their transgressions to the land of endless apps.

(Note to Mr. Jobs:  If I recall my bible studies it took Moses another 40 years to find the Promised Land)

The announcement of the iPad will cause debates, forecasts, and predictions of successes and/or doom.  One thing is clear; the iPad is Apple’s near-term answer to the netbook phenomenon .  According to eWeek, netbook sales topped 33M in 2009 and Acer predicts sales in excess of 50M in 2010.   Apple sells about 3M Macs a quarter.

The sub $300 price point of the netbook did create a new category of device.  A device that is intimately linked to the trend of cloud computing.  Netbooks are good at email and web browsing.  They are not great entertainment devices.

The iPad promises to be as good as netbooks in what they do well – email and browsing – and also be a fun personal entertainment device.  The iPad wisely brings along over 100K apps at launch from the iPhone/iTouch world.

The question that the iPad raises for me is – how many personal connected devices can one person have?

The emergence of the smart phone category (iPhone, Android, Symbian, Blackberry, Palm, Windows Mobile) has created the instant connectivity to email, web and apps.  These devices fit in your pocket , are reasonably robust, and cheap 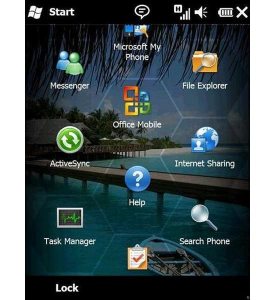 The laptop category, as Steve Jobs pointed out in his keynote, is another version of mobile computing.  With the weight of laptops hitting 5lbs and below, and with desktop computing capability, they have become the standard for students and professionals

Netbooks have created a bridge between the two major device areas as a lightweight computing device.  Now, enter the iPad at a $499 pricepoint.  Will the iPad grow the mobile Internet market or cannibalize other sales?

My prediction is market cannibalization.

The smart phone market is secure and growing.  The basic functions of instant and multimodal communications are clear and a continued focal point of human need.

The laptop and netbook markets are likely to be the feeding ground of iPad sales.

But how and why?

The answer is personal cloud computing.  The more the consumer environment transforms from local storage and processing to cloud storage/computing with local display and data entry – the better the market environment will be for the iPad.   The Apple entry into personal cloud computing – MobileMe – has been less than compelling.  This is especially true as Google, and others,  offer many of the same capabilities for free.

The iPad equation still requires one more piece of the puzzle to reach the Promised Land.  Steve Jobs will have to climb the mountain again and come back with another divine revelation.

Comments Off on The iPad– “Thou shall have apps…